Thanks to your account you will be able to

The real estate market in Saint-Jean-de-Luz is characterized by low housing supply, especially in the city center and the seaside. In order to make up for this shortage of goods, the city has launched a voluntary program to build new homes. new housing in recent years.

Downtown Saint-Jean-de-Luz remains the neighborhood where real estate is most sought after by seniors who appreciate the concentration of shops and the ease of walking.

Faced with this tense real estate market, the price per m² of apartments in city center or seaside can go up to more than 10 000 € / m².

The city of Saint-Jean-de-Luz is touristic, 47% of housing are second homes.

The apartments make up the vast majority of the properties for sale, the houses for sale being mostly located in areas on the outskirts of the city or in neighboring villages such as Urrugne or Ascain.

Throughout the year the city offers cultural and / or festive events: various exhibitions, conferences on the history of art, concerts programmed by the Maurice Ravel Conservatory, the tuna festival, the festival of music , the Andalusian festival etc.

The city center offers every morning the market Les Halles from 7h to 13h. Every Tuesday and Friday morning, a food market is added to Les Halles, as well as Saturday morning for the months of July and August.

Although the population is relatively old, the city offers many structures adapted to families: a collective nursery, a micro-nursery, 6 schools, 4 colleges and 3 high schools.

36 sports activities are practiced in Saint-Jean-de-Luz, among which Basque pelota, golf, rugby, beach volleyball, standing paddle, surfing, tennis etc but also cycling with a cycle path that connects the port at Chantaco Golf.

Associative life is not left with 250 associations that energize the town.
Opposite the bay are the Saint-Jean-de-Luz Casino and Thalazur Helianthal thalassotherapy.

What should you know about St-Jean-de-Luz?
Saint-Jean-de-Luz-Sainte-Barbe
« Do you own property to sell in this town ? »

The city center extends from the port of Saint-Jean-de-Luz and along the bay, to the Thiers boulevard and the train station.

Saint-Jean-de-Luz center keeps a trace of its historical past through some of its buildings such as the house of L'Infante, home Lohobiague or the Church of St. John the Baptist where was celebrated the marriage of Louis XIV with the Infanta of Spain. The center is very lively throughout the year thanks to the market Les Halles and its shops open every Sunday.

The seafront has been more or less preserved, very few large buildings have been built there. The streets of the city center have some beautiful old buildings including rue de la République, the vast majority of which is divided into apartments.

To the north-west of Saint-Jean-de-Luz, the Acotz-Erromardie district reaches Guéthary by the North.

The district Acotz-Erromardie is a large natural area that offers beautiful walks to Guéthary or to the city center of Saint-Jean-de-Luz. The area is characterized by sandy beaches on the side of Acotz: Lafiténia and Mayarco. The pebble beach of Cenitz is shared with Guéthary. The beach Erromardie with its rocky bottom is favourable to diving sports.

The Acotz-Erromardie district is sparsely inhabited because its economic activity is essentially seasonal. There are a dozen campsites but still some new residences and residences.

The district Fargeot-Urdazzuri is the most densely populated district of Saint-Jean-de-Luz. At the south of the station and along the Nivelle, the neighborhood looks like a popular suburb.

Its residences built between 1960 and 1970 inherited the architecture of those years. The area is very popular: view of the mountains, downtown by foot, new schools, tunes, walks along the Nivelle etc.

The numerous collective dwellings recently built  take up the Basque architectural style. The neighborhood is undergoing restructuring and is becoming more and more popular with the middle classes.

The district of Jaldaï has become an area of ​​commercial activity that continues to grow with the headquarters of the multinational Quiksilver. Collective housing has been built there.

These neighborhoods stretch from the dike to the seaside horses to the Avenue de l'Océan to extend along the coast to the fitness trail of Sainte Barbe.

Despite the proximity of the busy streets of the city center and the beach, the neighborhood is characterized by its tranquility, calm and green areas suitable for walks especially in the area of ​​Sainte Barbe.

Primarily residential neighborhood, the majority of its inhabitants are executives with an average age of 58 years. These neighborhoods are very popular for their few sea view apartments and their houses in the silence of the small streets.

Still rural, the district of Chantaco, to the east of the town, extends from the road from Ostalapia to Nivelle. The village of Ascain is very close to the district.

At the exit of the city, Chantaco is the ideal place for the development of sports facilities: tennis courts, swimming pool, rugby and football fields, rowing ... Chantaco is also famous for its golf course.

Exclusivity. Beach and lifestyle on foot for this type 2 apartment in good...

Ideally located, near the Bay and all amenities, on the 3rd floor with...

You have a property to sell and you may require support to manage french rules ? At Carmen Immobilier, we are committed to ensuring that each stage of the sales process is a success. We will make it clear and understandable to you.

Our agents are local experts and will give you free, no-obligation professional valuation. Our selling mandates provide many suitable services and an optimized advertising for your listing on many medias Selling a real estate property must be well prepared, especially when in a foreign country. Between the early stage of the sale process and the final signing, there are many steps which can raise as many questions. So , whatever is your request, please feel free to contact us. All our local agents look forward to help you to realize successful and quick completion of you sale plan for the best price. 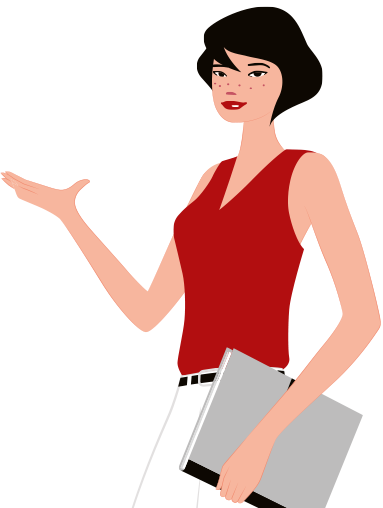 You wish to visit a property or obtain more information? Contact us.